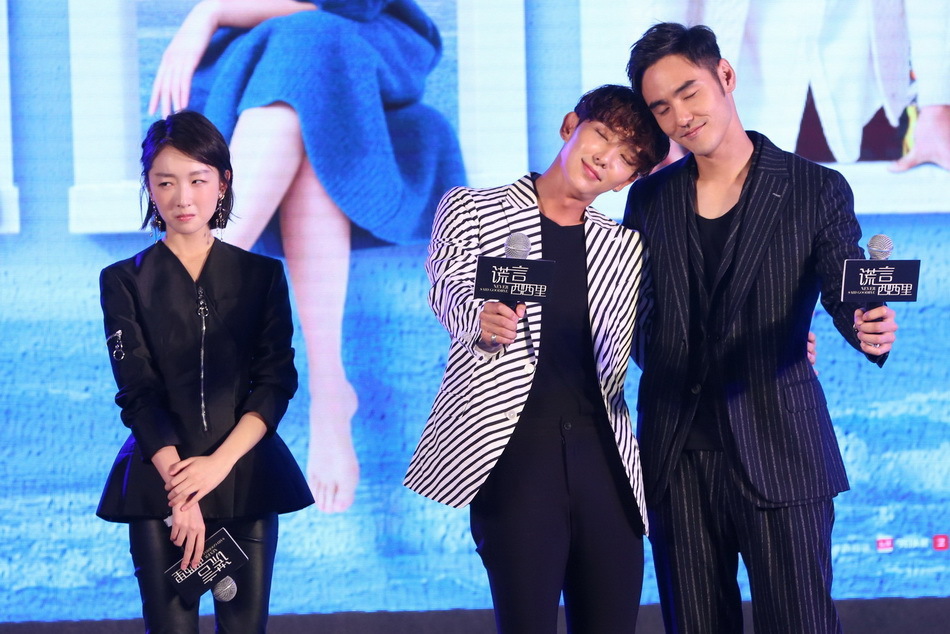 The first Korean-Chinese release since the purported Chinese government ban/suspension of Hallyu-related entertainment has arrived and doesn’t appear to be affected in the least. Romance movie Never Said Goodbye (Chinese title Lies in Sicily) starring K-actor Lee Jun Ki, C-actress Zhou Dong Yu, and TW-actor Ethan Ruan held it’s premiere press conference this weekend in Beijing ahead of its August 9th release. There were rumors last week that Lee Jun Ki would miss the premiere due to visa issues (or the Hallyu ban) but in the end he arrived to take his stage as the leading man of the movie alongside his movie bromance couple with Ethan while the two tried to make leading lady Zhou Dong Yu jealous. So cute! I don’t know if this means the Hallyu ban was all smoke and mirrors or it’s going into effect for movies and dramas further down the pipeline. Lucky for us Jun Ki arrived to make stage magic with Ethan and tickle our alterna-ship fantasies. END_OF_DOCUMENT_TOKEN_TO_BE_REPLACED