I don’t know if I disagree with this decision on a practical level because so many people were involved and affected by the scandal when it broke in 2021. KBS college era drama Dear M was fully filed and scheduled to air in spring of 2021 when it was pulled on the heels of bullying allegations against female lead Park Hye Soo. It’s been sitting on the shelf since but the production team really suffered for what Park Hye Soo allegedly did when she was younger and it’s a huge loss on the investment as well. Today K-ent is reporting that Dear M will air in Japan in the second half of 2022 first, which isn’t a wild idea since the drama actually feels like Japanese audiences would like it. If K-netizens want to keep cancelling Park Hye Soo that remains the reality since she hasn’t been cast in any new drama or movie but I do want the other cast members and the crew of Dear M to not get cancelled along with her. So airing in Japan seems a good compromise, though I am concerned of the blowback if KBS sees that the drama did well overseas and airs it on TV after.

END_OF_DOCUMENT_TOKEN_TO_BE_REPLACED 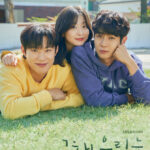 Typically K-dramas with a strong weather/seasonal bent air during the same period, most recently Hometown Cha Cha Cha who brought the summer seaside vibe aired premiered in August and of course When the Weather is Fine premiered in February before … END_OF_DOCUMENT_TOKEN_TO_BE_REPLACED 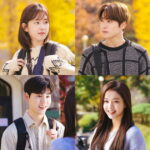 After a bit of casting carousel, the college era romance drama Dear M is now gearing up to meet audiences. KBS has scheduled the drama for Friday starting February 26th, so one episode a week and hopefully it’s good enough … END_OF_DOCUMENT_TOKEN_TO_BE_REPLACED 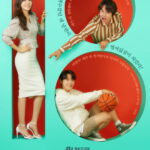 I haven’t written about jTBC drama 18 Again since it premiered but I’ve been watching weekly, addicted and totally won over by this underrated gem. The feels it delivers is similar to the second chances sincerity in Thirty But Seventeen … END_OF_DOCUMENT_TOKEN_TO_BE_REPLACED 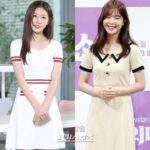 Not sure what happened behind the scenes but it certainly makes for a newsy Monday morning in the Seoul entertainment papers. K-actress Kim Sae Ron has abruptly dropped out of the drama Dear M reportedly due to a difference in … END_OF_DOCUMENT_TOKEN_TO_BE_REPLACED