It’s the start of Thanksgiving long weekend here in the US but in South Korea it’s not a holiday weekend but there was a palpable lack of exciting new fare almost like a break. MBC‘s long delayed new rom-com I am Not a Robot continued into week 3 of not premiering yet but will finally reach the small screen next week, marking a month break from the conclusion of predecessor drama Hospital Ship due to the network strike. That meant newcomer this week SBS legal drama Judge vs. Judge (Nothing to Lose) had no competition and still performed weakly, taking in 6.9% for episode 1 and 8.0% in episode 2.

Over on KBS the midway airing drama Mad Dog brought in 7.4% ratings which puts the two K-dramas neck-in-neck. What’s not boding well for Judge are the across-the-board excoriating first impressions from K-netizens, chewing out the drama for being so over-the-top ridiculous in portraying the court system and South Korean judges, which was pretty evident from the previous when lead Park Eun Bin who looks 18 years old tore off her robe and tried to jump over the judge’s bench to get at a defendant. Poor Yeon Woo Jin, yet another likely poor choice for a drama. END_OF_DOCUMENT_TOKEN_TO_BE_REPLACED 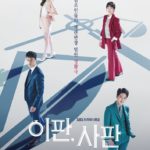 I feel like SBS Wed-Thurs dramas just blended together as the newly arriving one formerly known as Nothing to Lose but now has the English title of Judge vs. Judge is straight up a continuation of predecessor drama While You … END_OF_DOCUMENT_TOKEN_TO_BE_REPLACED 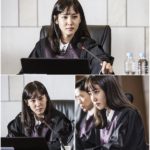 Looks like current SBS Wed-Thurs drama While You Were Sleeping will saunter off to a long slumber after this week’s final two episodes, maybe the ratings will rise to break 10% but ultimately the drama is a disappointment for screenwriter … END_OF_DOCUMENT_TOKEN_TO_BE_REPLACED 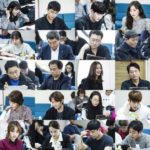 I like the title Nothing to Lose and the upcoming SBS Wed-Thurs certainly has nowhere to go but up with the relative disappointment of currently airing While You Were Sleeping in both the ratings and freshness category. Leads Yeon Woo … END_OF_DOCUMENT_TOKEN_TO_BE_REPLACED 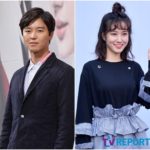 Currently airing SBS Wed-Thurs drama While You Were Sleeping is midway through airing and has turned out to be more entertaining to watch than a ratings success. I haven’t been following the scheduling of the follow up drama so it … END_OF_DOCUMENT_TOKEN_TO_BE_REPLACED