I recall this is not the first time highly educated Seoul University graduate actor Lee Sang Yoon committed a verbal faux pas, and at this point his agency needs to double check his interviews before blessing it for print. This isn’t terrible btw, just something an established and wise star would never say. During the post drama interviews for SBS hit drama One the Woman, male lead Lee Sang Yoon mentioned time slot competitor drama The Veil (Black Sun) and how the production was nervous to go up against it and was hopeful their own ratings wouldn’t drop. But then when One the Woman did well in ratings which went up and The Veil dropped, he said the cast was so happy about that. K-netizens are tsk-tsk-ing his low EQ in mentioning The Veil ratings going down, there was no need for that. He could have just said he was so happy their ratings went up. I agree, it’s like he won the race and said he was happy his competitor ran really slow that day rather than saying he ran really fast. Even worse is that Lee Sang Yoon got criticism for his acting in One the Woman and Honey Lee hard carried the entire drama, so for him to be saying this feels even more tone deaf. K-netizens basically told him to come back and have meaningful commentary when his acting can rival Namgoong Min‘s first.

END_OF_DOCUMENT_TOKEN_TO_BE_REPLACED 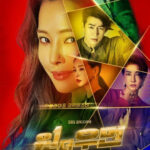 I love me a black horse and the breakout in the second weekend of a jam packed premiere slot last week is none other than SBS Fri-Sat drama One the Woman. Starring Honey Lee and Lee Sang Yoon, the drama … END_OF_DOCUMENT_TOKEN_TO_BE_REPLACED 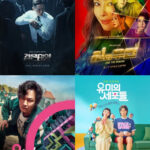 Oh heck, I didn’t even get to write about the press conferences this week and BAM! all four dramas dropped on me this Friday. Goes to show what a busy work week can do for keeping on top of other … END_OF_DOCUMENT_TOKEN_TO_BE_REPLACED