For those who spent three months with the folks on Jeju Island, it’s time to say goodbye as this weekend Our Blues signed off. The drama ended on its own highest rating ever with 14.597% which places it 7th on the list of highest rated K-dramas on cable network tvN, it’s just below Vincenzo and above 100 Days My Prince. Praise went to famed screenwriter Noh Hee Kyung‘s insightful and humanistic writing as well as performances from the sprawling A-list cast of veterans and younger leads not to mention the supporting cast also nailed it. tvN did a really excellent job promoting Our Blues on its SNS and releasing tons of new pictures and stills throughout its airing. Each of the vignettes had its own purpose and delivered different but still meaningful narratives. Congrats to tvN for its first big hit of 2022!

END_OF_DOCUMENT_TOKEN_TO_BE_REPLACED 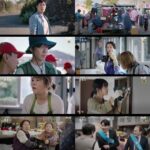 I feel like K-actress Shin Mina just went from one beach to another, but I don’t think her second beach sojourn she’ll be sporting that many Hermes bags lol. The teaser is out for tvN ensemble drama Our Blues which … END_OF_DOCUMENT_TOKEN_TO_BE_REPLACED It’s not much rest for K-actress Shin Mina as K-ent is reporting that this week she’s headed to Jeju Island to start filming her section of the upcoming K-drama Our Blues. She sure has an affinity with beach locales this … END_OF_DOCUMENT_TOKEN_TO_BE_REPLACED 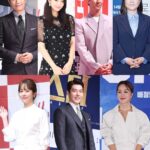 While Netflix is understandably getting all the buzz recently in the K-drama sphere, there remains plenty of quality talent and projects proliferating elsewhere and in 2022 none is more star-studded than the Noh Hee Kyung penned K-drama Our Blues. It’s … END_OF_DOCUMENT_TOKEN_TO_BE_REPLACED 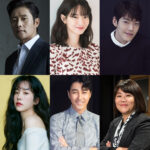 Looks like Here is out and Our Blues is in. Award winning screenwriter Noh Hee Kyung was prepping a new drama announced last year called Here based on people working overseas in NGOs but the production and filming continued to … END_OF_DOCUMENT_TOKEN_TO_BE_REPLACED