SBS hasn’t been quick on the draw in defusing the collective angry reaction from drama viewer’s to the Penthouse season 3 twist that Park Eun Seok the actor would be back on the show but not as Logan Lee instead as his bomb ass rich gangster brother Alex Lee. Usually drama twists elicit differing opinions but I yet to come across a single viewer happy with this progression whether from K-netizens, I-netizens, or C-netizens. The mockery is coming fast and furious and intrepid C-netizens even came up with additional even more absurd ways to re-use Park Eun Seok if/when Alex Lee bites the dust, including a soccer superstar younger brother, an uncle who is the President of the United States, and a cousin who is Captain America. I think it’s smart that actor Park Eun Seok has issued an apology for the characterization of Alex Lee, he explained he thought it was a tribute and done properly but can see how it could be taken as cultural appropriation. I doubt he had any say in this unless he came up with the idea, all blame lays on increasingly deranged screenwriter Kim Sun Ok who is becoming the next Im Sung Han.

END_OF_DOCUMENT_TOKEN_TO_BE_REPLACED 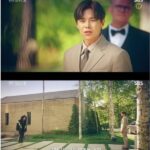 I still don’t know why vi ewers enjoy watching SBS drama Penthouse which has been the biggest hit on South Korean television in years and is now on season 3. It just feels like a star-studded makjang-ier version of hit … END_OF_DOCUMENT_TOKEN_TO_BE_REPLACED 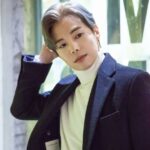 There is a Chinese saying 人红是非多 which means a popular (famous) person has many controversies. Case in point Park Eun Seok, who before SBS drama Penthouse where he played a supporting role that got a lot of audience popularity, was … END_OF_DOCUMENT_TOKEN_TO_BE_REPLACED 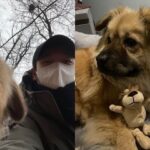 The contrast is night and day, though it isn’t truly a heinous crime unless you’re a Dog Mom (like me) or Cat Mom or generally just an animal lover. It’s pet week with K-netizens as the topic has been on … END_OF_DOCUMENT_TOKEN_TO_BE_REPLACED 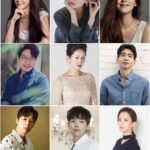 This totally looks like SBS is trying to do their own version of Sky Castle which is fine but the writing better be airtight. Casting is confirming and production heads underway for the next Mon-Tues drama Penthouse, with a clown … END_OF_DOCUMENT_TOKEN_TO_BE_REPLACED 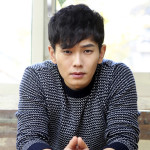 There’s been more shuffling in The Village this week beyond the out-of-left-field casting of relative newbie idol-actor Yook Sung Jae as seasoned actress Moon Geun Young‘s male lead in the drama. I was all ready to just go with that … END_OF_DOCUMENT_TOKEN_TO_BE_REPLACED