Justice is served but somehow it doesn’t feel cathartic, at least to me. Embattled and impeached former South Korea President Park Geun Hye has been sentenced by the court to 24 years in jail and a fine of 18 billion won ($16.9 million) for her corruption and abuse of office during her term of presidency which started off historically in 2013 as the first female president of the country. Her term in office went down the drain starting in late 2016 when news reports came to light about her close ties with Choi Soon Shil, the daughter of a cult leader, and together the two engaged in a slew of political misconduct that enriched their own coffers and interests.

It’s such a incredibly mindboggling list (see below after the jump) that South Koreans rose up in massive numbers to protest and both Park Geun Hye and Choi Soon Shil were arrested, and Park Geun Hye formally impeached as president. Earlier this year Choi Soon Shil was sentenced to 20 years in prison with a fine of 18 billion won as well. Good riddance to these two but in honestly they probably did many things done by predecessors in office and still done around the world, corruption is endemic but at least this one was addressed to the satisfaction of the South Korean people. END_OF_DOCUMENT_TOKEN_TO_BE_REPLACED 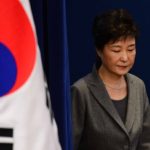 South Korea’s long national nightmare is finally over – impeached President Park Geun Hye has been officially removed from office today after the Highest Court of South Korea unanimously upheld the overwhelming legislative vote from last December. The nation has … END_OF_DOCUMENT_TOKEN_TO_BE_REPLACED 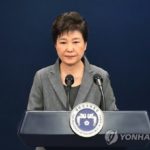 South Korea’s much too long and way too crazy for real world national nightmare is finally over – this Friday the Parliament voted overwhelmingly 234-56 to impeach President Park Geun Hye. The impeachment will immediate suspend her from office while … END_OF_DOCUMENT_TOKEN_TO_BE_REPLACED