There are a handful of famous name screenwriters, and two are coming out with high profile K-dramas in winter of 2016 in Kim Eun Sook‘s Goblin on tvN and Park Ji Eun‘s Legend of the Blue Sea airing on SBS. I quite enjoy both but its Park Hye Ryun who I have a deeper connection with thanks to Pinocchio and Dream High, even if I skipped her more buzzy I Hear My Voice. She did a short drama this year with Page Turner but news has leaked that she’s prepping a prime time K-drama that will hit the screens in early 2017, which immediately gets my attention.

The drama is tentatively titled While You Were Sleeping, name borrowed from the 90s rom-com movie with Sandra Bullock, but this one will cast late twenties actor and actress as the leads in a fantasy romance. All I know is that the male lead is a character who is an aerospace engineering major and the drama will air on KBS. If this means a space theme drama then OMG I have been waiting ages for this big step forward. END_OF_DOCUMENT_TOKEN_TO_BE_REPLACED 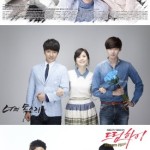 I still remember when I posted about screenwriter Park Hye Ryun‘s next drama a few months ago, and the ensuing debate in the comments section over what thematic element based on the title Page Turner. I naturally assumed it was … END_OF_DOCUMENT_TOKEN_TO_BE_REPLACED 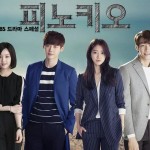 While it’s not a surprise to hear that popular or well regarded screenwriters have pending dramas in the works, it’s always a relief to get some concrete information to look forward to. The Girl Who Sees Smells is a perfect … END_OF_DOCUMENT_TOKEN_TO_BE_REPLACED