First off, the South Korean movie theaters have been re-opened since June but there is always going to be asterisk on tickets sold for movies during this COVID-19 period. The theaters are blocking every other seat so each showing can only sell half the tickets as before so it will never be apples to apples to compare a movie that opened during the normal era to the box office haul of a movie during the COVID period. With that said, the first two hits have both been from the still popular zombie genre – indie zombie flick #Alive arrived first and so far has sold over 1.8M tickets sold, a total success for this low budget two star only flick. The bigger draw has been recently premiered Peninsula, the sequel to Train to Busan, which has in two weeks garnered 3M tickets sold and has recouped its break even point of 2.5M tickets. Next week comes Steel Rain 2: Summit which is also trending number 1 in ticket presales so at least this summer feels hopeful again for the South Korean movie industry.

END_OF_DOCUMENT_TOKEN_TO_BE_REPLACED 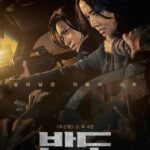 The comparatively smaller scale zombie movie #Alive did well in the box office last month when it premiered thanks to a dearth of new movies and movie going in the preceding few months. Plus a zombie thriller feels just like … END_OF_DOCUMENT_TOKEN_TO_BE_REPLACED 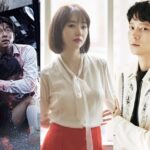 If this novel coronavirus Covid19 outbreak isn’t stabilized and contained in South Korea then I think the upcoming Summer 2020 movie season will be drastically re-scheduled. I can’t imagine people wanting to sit in a confined closed space like a … END_OF_DOCUMENT_TOKEN_TO_BE_REPLACED

Looks like staying on a train won’t save anyone anymore as the fictional zombie apocalypse has spread in the upcoming Peninsula. The movie is the direct sequel to hit 2016 movie Train to Busan which started a resurgence in Gong … END_OF_DOCUMENT_TOKEN_TO_BE_REPLACED