Man, I feel like the last shoe hasn’t dropped yet but now there’s too much dirt to feel like digging any deeper benefits anyone. The arrested producers of hit music selection show Produce 101 which has now aired 4 seasons have admitted a much broader vote rigging than initially revealed. Turns out 1 member of season 2 which created Wanna One won enough votes to be in but was swapped out for another who didn’t get the votes. The rigging was complete and total for season 3 of girl group IZ*ONE and season 4 boy group X1 – the producers picked every member even before the show aired. It was the ridiculous voting results on season 3 and 4 that caused enough viewer outcry to prompt this investigation in the first place, and yeah hosting a so-called fan voting show when every winner was selected in advance and making money off such fraud is definitely a crime. I feel bad for the trainees who made and didn’t make it. Those who made it will now be affiliated with a tainted show especially seasons 3 and 4 because some could have made it based on fan voting. Not to mention the speculation over who was left off Wanna One and who in the group was the vote rigged member. END_OF_DOCUMENT_TOKEN_TO_BE_REPLACED 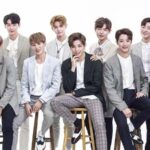 What I hate the most about the vote rigging scandal is how many devoted young fans feel lied to and angry about this coming to light. I almost wish it didn’t, or that the results of Season 3 and Season … END_OF_DOCUMENT_TOKEN_TO_BE_REPLACED 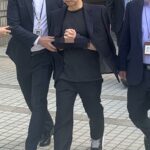 I’m not sure if anyone watching hit South Korean talent selection show Produce 101, which has had 4 seasons now, thinks that it is 100% fan voted with no producer and management involvement. But even knowing is different then getting … END_OF_DOCUMENT_TOKEN_TO_BE_REPLACED