The successive jumping off the side of the ship definitely feels like it’s sinking and it may be for the best. Massive thriller action K-dramas like IRIS and Athena are not easy to pull off and upcoming Prometheus seemed to have bit off more than it can chew. It was a political action conspiracy thriller spanning multiple overseas location shoots and pre-produced so plenty of sunk costs. Descendants of the Sun did that but I consider it more romance than action so that probably defrayed the expenditures, along with plenty of overt PPL cash infusion. Prometheus is likely DOA now with the departure of not just female lead Ha Ji Won last month but two male leads Jin Goo and Park Ki Woong. That leaves only Hollywood actor Ki Hong Lee attached, so unless there’s a massive re-casting soon I’m glad this drama won’t exist to intrigue me only for the inevitable letdown. END_OF_DOCUMENT_TOKEN_TO_BE_REPLACED 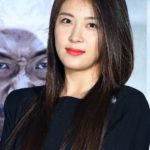 This is a rather surprising news to hear and on the rarer side with castings. K-actress Ha Ji Won has left the production of pre-produced thriller drama Prometheus, in a press release made by the production company and confirmed by … END_OF_DOCUMENT_TOKEN_TO_BE_REPLACED 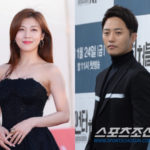 Dang, I’m so pleased and onboard with this drama casting, it’s like the drama gods are righting a major wrong from last time with Ha Ji Won. K-actor Jin Goo has been confirmed for the upcoming action spy drama Prometheus, … END_OF_DOCUMENT_TOKEN_TO_BE_REPLACED 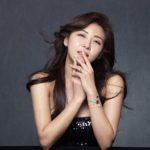 It’s a one in and one out in K-drama casting news today so let’s start with the news that gives drama fans something to look forward to. K-actress Ha Ji Won has confirmed her casting for upcoming big budget political … END_OF_DOCUMENT_TOKEN_TO_BE_REPLACED