There’s news on the drama scheduling front and it’s on the less intense Mon-Tues time slot. SBS has confirmed its lineup through summer 2016 with the reveal of police procedural drama Advance to follow Doctors. Coincidentally, Advance is from the screenwriter of Punch which starred Kim Rae Won, and gave his career a real critical acclaim boost, and now the screenwriter’s followup drama will follow Kim Rae Won and Park Shin Hye‘s medical drama Doctors. That puts Advance up against the end of long running MBC drama Monster and likely against KBS young sageuk Moonlight Drawn by Clouds. Over on the Wed-Thurs time slot for SBS, male revenge drama Deal by the screenwriter of Mask is unable to find a leading man after Yoo Yeon Seok passed and lost it’s time slot to kidnapped kid thriller Wanted, which may not be a bad thing since it’s going up against W on MBC and Uncontrollably Fond on KBS. There’s lots of dramas to look forward to so the more the merrier! END_OF_DOCUMENT_TOKEN_TO_BE_REPLACED 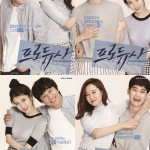 The Contents Power Index (CPI) rankings are out, tabulating the most influential dramas of the first half of 2015. The ranking was for the period between January-June of 2015 and included all dramas aired on the big three as well … END_OF_DOCUMENT_TOKEN_TO_BE_REPLACED 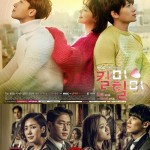 I of ten get asked to recommend dramas but its so hard to gauge what others like or are in the mood for, whereas I watch what floats my boat sometimes in line with the consensus on quality and other … END_OF_DOCUMENT_TOKEN_TO_BE_REPLACED

The just ended MBC drama Pride & Prejudice not only made room for a new arrival to shake up Mon-Tues ratings, it also put the struggling drama out of its misery. P&P was decent in the first half but basically … END_OF_DOCUMENT_TOKEN_TO_BE_REPLACED