I don’t think this is the last we’ll see of the titular Romantic Teacher and he’s definitely earned his dues. The SBS medical drama Romantic Teacher, Doctor Kim 2 ended it’s run this Tuesday with a final episode high ratings of 27.1%. The average ratings for the entire run was 18.4% which is high nowadays for prime time dramas and close to the first season which averaged 20.4%. Nothing to sneeze about the all the kudos goes to male lead Han Suk Kyu, viewers continue to praise his acting and character while this go-around the reviews were mixed for the younger doctors Lee Sung Kyung and Ahn Hyo Seob but they obviously share in the success of this second go-around. It really does feel like the tide has turned in the last two years with a gradual rise back up of buzzy dramas and also higher ratings when the right drama chemistry sparks. Congrats to RD2 and proving that if you build it (right), they will come. END_OF_DOCUMENT_TOKEN_TO_BE_REPLACED 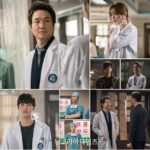 This is a neat coincidence and probably means more viewers will be tuning in for the second half of this drama. SBS Mon-Tues medical drama Romantic Teacher, Doctor Kim 2, the second season of the hit original which aired in … END_OF_DOCUMENT_TOKEN_TO_BE_REPLACED 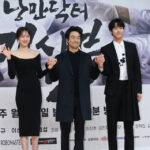 The first season of SBS medical drama Romantic Teacher, Doctor Kim premiered with 9.5% AGB nationwide ratings and ended with over 27% in its final episode. It’s one of the rare prime time successes in recent years so not a … END_OF_DOCUMENT_TOKEN_TO_BE_REPLACED