For a group that just filmed a real life historical tragedy of operatic proportions, the cast of upcoming sageuk movie The Throne (Sado) continue to look positively glowing and happy while doing promotions for the movie. Clearly everyone really got along, and now they have an additional reason to be pleased as The Throne has just been selected as Korea’s official submission to the Academy Awards for Best Foreign Picture. Sweet. Makes more sense than Yoo Ah In’s fashion style being submitted to represent Korea lol.

This happening before the movie has been released shows that the submissions committee liked what they saw when given an early showing, and the selection of The Throne is comes against strong competition in well-received box office hits this year with Veteran, Assassination, and Northern Limit Line. The cast was looking super sharp at a movie talk event this week led by Song Kang Ho along with Yoo Ah In, Kim Hae Sook, Moon Geun Young, and Jeon Hye Jin. I still can’t get over how Yoo Ah In positively beams around Moon Geun Young, it’s such cute admiring fawning. END_OF_DOCUMENT_TOKEN_TO_BE_REPLACED 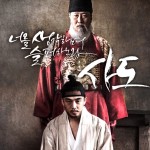 September 15th will see the premiere of intense sageuk film The Throne (Korean title Sado), which might end up dethroning the current number 1 movie at the Korean box office by the same leading man. Yoo Ah In‘s cops-and-robbers thriller … END_OF_DOCUMENT_TOKEN_TO_BE_REPLACED Big star cameos in dramas and movies happen regularly, with the practice of either touting it beforehand or letting the audience be pleasantly surprised when watching the final cut. I’m fine with way, and in the case of finished filming … END_OF_DOCUMENT_TOKEN_TO_BE_REPLACED

Casting has been confirmed and is complete for the next big sageuk movie to start production shortly. It’s not a new story by any means and the movie Sado will instead be yet another dramatic re-telling of the infamous life … END_OF_DOCUMENT_TOKEN_TO_BE_REPLACED