The new prime time drama arrivals have officially ended for now until the next big transition period arrives, for now the last two weeks have seen four new K-dramas premiere and the ratings shake out. For the Wed-Thurs time slot, Ruler: Master of the Mask and Suspicious Partner have been airing for a month now so newly arrived sageuk Seven Days Queen is playing catch up and facing another sageuk already in the lead. Unfortunately for KBS Seven Days Queen was a no go (for now) as the first episode came in third in ratings registered 6.9% AGB nationwide, and the second episode dropped 1.2% to 5.7% AGB ratings. Ruler remained in the lead with around 13% ratings and Suspicious Partner also remained steady around 9% ratings. This will likely be the ratings ranking for the remainder of these dramas run so hopefully folks will just watch whichever one engages their fancy. END_OF_DOCUMENT_TOKEN_TO_BE_REPLACED 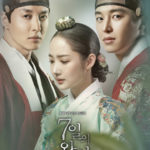 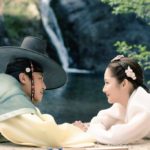 Oh boy does this look majorly cute to start and way to depressing a likely ending. New drama stills and teaser have arrived for sageuk love triangle drama Seven Days Queen based on the real life story of Queen Dangyeon. … END_OF_DOCUMENT_TOKEN_TO_BE_REPLACED 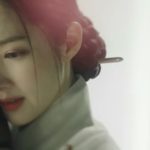 I’m getting depressing vibes from the first teaser for upcoming KBS sageuk Seven Days Queen (or Queen for Seven Days), but then again just the premise of a woman being queen for 7 days before removal from her position seems … END_OF_DOCUMENT_TOKEN_TO_BE_REPLACED 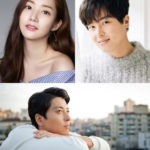 KBS just premiered its new Wed-Thurs drama Mystery Queen to passable ratings but with the follow up drama being a sageuk it’s getting close to the wire to finalize the cast and start filming. This week came the main cast … END_OF_DOCUMENT_TOKEN_TO_BE_REPLACED