This week my go-to Mon-Tues romance drama Sunbae, Please Don’t Put on that Lipstick (She Would Never Know) finished its run and I actually had to motivate myself to write a finishing post on it because the drama was soooooo lacking in any true conflict. Emotions briefly flare a few times here and there but it’s resolved in adult conversations and decisive decisions, probably the opposite of a cracktastic K-drama where we angst and seethe and swoon along with the characters plight. I loved Ro Woon the most, his character Heung Seung and his confident male lead performance that looked effortless which shows he’s got the natural acting charisma. Won Jin Ah was fine though in the end her character had a brain fart but recognized it and clawed her way back to the romance she should have never taken for granted. If I can recommend this drama it’s for all the supporting characters, surprisingly all those side stories were actually interesting and sometimes more interesting than the OTP who coasted on sweet interactions more than anything. Both sisters to the male lead had their own unique journey during the drama, one to marriage the other to divorce, and I really felt the love and support of the three siblings for each other. The second male lead went from douchey to finding himself and doing the right thing (finally) which set the clingy crazy second female lead free and she turned out independent and healed herself at the end. Honestly this drama was simply a nice watch but won’t leave any lasting impressions for me for the long run.

END_OF_DOCUMENT_TOKEN_TO_BE_REPLACED 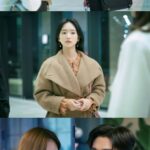 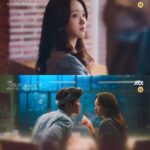 Okay, this blog may become Ro Woon centric for the next 6 weeks, please forgive if that happens and I’ll try to keep it restrained. Episode 4 of jTBC Mon-Tues drama Sunbae, Please Don’t Put on that Lipstick (She Would … END_OF_DOCUMENT_TOKEN_TO_BE_REPLACED 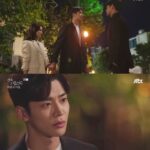 Welcome to the big leagues my boy! Oh I knew it, I knew the moment I laid eyes on Ro Woon in Extraordinary You that he was destined for bigger greater things. That drama was frustrating and I didn’t like … END_OF_DOCUMENT_TOKEN_TO_BE_REPLACED