The arrival of MBC‘s new Wed-Thurs drama Shopping King Louie (Shopoholic Louis) snuck up on me, a combination of W: Two Worlds ending so listlessly and this drama not getting overly promoted. I’m totally going to check it out because the two leads Seo In Guk and Nam Ji Hyun are so winning in all the promos, from her patented country girl earnestness and his doofy lost boy schtick, the drama succeeds in selling the both the rom and the com aspects in previews alone.

The long preview released at the press conferences sets up the premise nicely and ends with the cutest shirt tug ever. The press conference itself is a hilarious odd mess, from second lead Yoon Sang Hyun dressed like Korean Colonel Sanders to second female lead Im Se Mi trying put a new Star Fleet cocktail waitress uniform, it’s all capped off by Seo In Guk rolling in like he rolled out of bed complete with messy hair, track pants, a hastily slapped on black sweater, and the requisite sneakers with no socks. He’s definitely channeling beggar Louie from the drama lol. END_OF_DOCUMENT_TOKEN_TO_BE_REPLACED 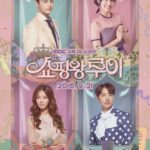 The cuteness continues to build for upcoming MBC Wed-Thurs drama Shopping King Louie, a drama that didn’t land as leading man Yook Sung Jae but looks like it got an equally perfect casting with Seo In Guk. Both actors have … END_OF_DOCUMENT_TOKEN_TO_BE_REPLACED 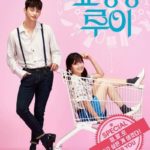 The promos for MBC drama Shopping King Louie are making me itch for a drama spree all thanks to the comfortable cuteness of leads Nam Ji Hyun and Seo In Guk. With currently airing MBC Wed-Thurs drama W: Two Worlds going … END_OF_DOCUMENT_TOKEN_TO_BE_REPLACED

Uber rich chaebols or country girls are not a dime a dozen, not even in K-dramas even if it feels that way, so it’s going to be amusing to see the contrasting lifestyle sparks fly in upcoming MBC drama Shopping King … END_OF_DOCUMENT_TOKEN_TO_BE_REPLACED 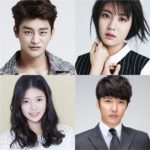 K-actor Seo In Guk really is quite prolific, averaging about two dramas a year and even doing a fair amount of cameos. He’s currently starring in cable drama Squad 38 but is also diving into filming for upcoming MBC Wed-Thurs … END_OF_DOCUMENT_TOKEN_TO_BE_REPLACED