I now like Shin Se Kyung, so it pains me to hear her getting cast in a new drama that serves to bring back memories of one of her biggest flop projects (and performances) to date. Shin Se Kyung just wrapped The Girl Who Sees Smells for SBS but must love the grueling drama shoot and the network because she turned around and signed on as the leading lady for upcoming SBS sageuk drama Six Dragons Flying. She’s taking on the role that was initially offered to Baek Jin Hee, but Shin Se Kyung‘s casting seems even more apt since the Dragons production team worked with her already in Tree with Deep Roots.

Six Dragons Flying already has its male-centric cast of six dragons, with male leads Kim Myung Min and Yoo Ah In holding down the method acting fort. Shin Se Kyung’s character will have a love line with Yoo Ah In, which immediately flashes me back to the craptastic SBS drama Fashion King where they first worked together to terrible awful results. The chemistry was all wrong, the acting was over-the-top from everyone, and the writing in that drama was the absolute pits. It was all capped off by the most ass-backwards WTF drama ending in the history of bad drama endings. May or may not be THE worst but is definitely one of the worst. Maybe Dragons will finally wash this stinker off their plates. END_OF_DOCUMENT_TOKEN_TO_BE_REPLACED 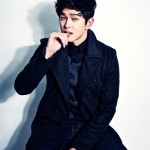 I ’m confused but happy at the same time with this drama casting surprise. Yoon Kyun Sang, yes the Yoon Kyun Sang from Pinocchio who was just cast as the second male lead in The Time I Loved You, 7000 … END_OF_DOCUMENT_TOKEN_TO_BE_REPLACED 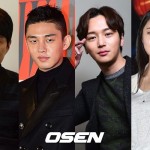 There’s more casting news on the drama front and for ease o f discussion I’ve combined it into one post even if it pertains to separate dramas. Most of the casting news is around upcoming SBS epic sageuk Six Dragons … END_OF_DOCUMENT_TOKEN_TO_BE_REPLACED 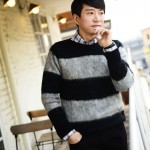 In less than 24-hours, SBS has declared a serious intention to make a sageuk statement this year. The network has started preparing for upcoming 50-episode long sageuk Six Dragons Flying by first making waves with the casting. The first named … END_OF_DOCUMENT_TOKEN_TO_BE_REPLACED 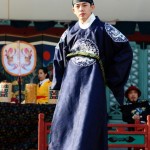 It’s safe to say this drama might become Yoo Ah In‘s drama swan song before he leaves for military service, if he does end up doing it, of course. SBS is planning its own long 50-episode sageuk and not content … END_OF_DOCUMENT_TOKEN_TO_BE_REPLACED