It’s the midway point for K-drama Dinner Mate (Shall We Have Dinner Together) and I’ve been watching intently but haven’t felt the urge to write it about until now. That’s probably because each episode feels like a bite, or perhaps part of a meal, so without the entire meal yet it’s hard to formulate a thoughtful review. It’s the midway point now, 8-episodes in (or 16 based on the half-hour episode format) and I’m quite addicted despite the low key almost languid pace of this story. Leads Song Seung Heon and Seo Ji Hye are wonderful together, visually they are a treat and their characters have such rootable personalities and a genuine connection. Their conversations are really thoughtful, sincere, and mature, though a tad restrained so I have yet to see sharp sparks that convey passion.

The prickly part is the two second leads played by Lee Ji Hoon and Son Na Eun, the latter of which remains a terrible actress and is playing a totally textbook annoying and self-absorbed second female lead. Lee Ji Hoon is the X-factor, he’s been on my radar since playing bad brother to Lee Min Ho in Legend of the Blue Sea, he’s like a baby Kwon Yul and I worry he’s relegated to second leads when he can do so much more. Here I don’t know why he abandoned his love and is back trying to win her back in all the wrong ways like a stalker drunk on love potion. It’s confusing the heck out of me and making what would be a breezy romance feel suddenly fraught with landmines and a backstory I’m more and more curious about.

END_OF_DOCUMENT_TOKEN_TO_BE_REPLACED 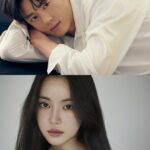 Well this is certainly a good looking foursome cast. The production team for the drama adaptation of romance webtoon Shall We Have Dinner Together has found their second leads, with Son Na Eun and Lee Ji Hoon joining the dinner … END_OF_DOCUMENT_TOKEN_TO_BE_REPLACED 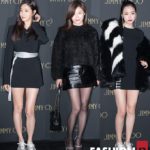 There is just an across-the-board level of top fashion fail at the Jimmy Choo shoe brand event in Seoul this week it almost ruins the mostly good footwear on display. Nearly every star wore black so it made singers and … END_OF_DOCUMENT_TOKEN_TO_BE_REPLACED 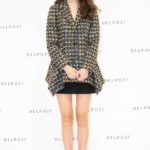 The march to fall 2018 continues as yet another brand house holds an event, this one is is Spanish designer brand Delpozo that I’m not that familiar with but seeing the outfits like very much. Actresses Lee Yo Won and … END_OF_DOCUMENT_TOKEN_TO_BE_REPLACED 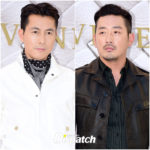 The waning days of summer is also the kickoff to the biggest fashion season of the year in fall. The colors and fabrics transition from the playful and light to the experimental and substantial, and this year Italian design house … END_OF_DOCUMENT_TOKEN_TO_BE_REPLACED 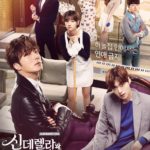 If Uncontrollably Fond harkens back to the early Hallyu style of melodrama, then tvN‘s Cinderella and Four Knights reminds of the mid-Hallyu male harem romance dramas such as Boys Before Flowers, You’re Beautiful, which even branched out to sageuks like … END_OF_DOCUMENT_TOKEN_TO_BE_REPLACED 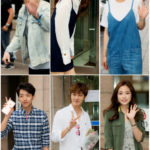 I’m finding the low key casual vibe of the cast and filming of Cinderella and Four Knights exceedingly pleasant, like a warm casual breeze on a summery day. Everything about this drama so far is so under the radar and … END_OF_DOCUMENT_TOKEN_TO_BE_REPLACED 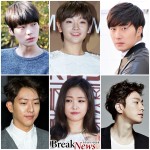 Casting is complete for upcoming web drama Cinderella and Four Knights, and is way more promising that I initially thought. Thanks to locking down K-movie actress Park So Dam, this fluffy drama adaptation of a manhwa merits a look even … END_OF_DOCUMENT_TOKEN_TO_BE_REPLACED