I haven’t read the source material but I am wondering whether the title is literal and what the male lead has against the titular liptsick. Script reading has taken place and filming commenced for upcoming jTBC drama adaptation of manhwa Sunbae, Please Don’t Put on That Lipstick. Initially Jang Dong Yoon was offered the male lead but he picked horror thriller OCN drama Search instead so now we get equally pretty boy Ro Woon as the male lead. I’m getting Why Secretary Kim vibes from the manhwa drawing style and that drama adaptation managed to make a girly manhwa story into a sweet and substantive live action thanks to the chemistry of the leads. Here Ro Woon will be romancing his office superior and noona character played by Won Jin Ah and I don’t know how their chemistry will be because Ro Woon is still new to acting and Won Jin Ah is hit-and-miss with her roles. The drama will be pre-produced with a scheduled premiere in early 2021.

END_OF_DOCUMENT_TOKEN_TO_BE_REPLACED 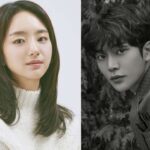 It’s confirmed now so let’s hope for the best. Won Jin Ah and Ro Woon will be the leads of the upcoming jTBC K-drama adaptation of webtoon Sunbae, Please Don’t Put on That Lipstick. I don’t blame solely Won Jin … END_OF_DOCUMENT_TOKEN_TO_BE_REPLACED 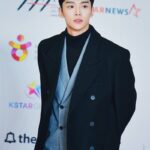 Hoo baby can I get a veto? Like, I would straight up nix her and not even give a reason why. K-actress Won Jin Ah is in talks for the female lead of rom-com Sunbae, Please Don’t Put on That … END_OF_DOCUMENT_TOKEN_TO_BE_REPLACED 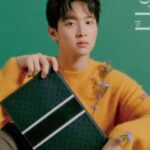 It’s crazy that K-actor Jang Dong Yoon‘s name is attached to so many dramas in 2020 already. His new thriller action drama Search will premiere soon on OCN, a great pick for him to totally change up from his last … END_OF_DOCUMENT_TOKEN_TO_BE_REPLACED