If there is a thing called backfiring then SM Entertainment might want to consider giving a class because the company is certainly doing a bang up job at it. This week was the solo mini album release in China by former EXO member Tao (Huang Zi Tao), a development I covered recently only as confirmation that he’s finally left the top SM boy band for good, and not because I actually was interested in following his solo career. Thanks to SM’s reaction to Tao’s first solo single, I ended watching watching a video I had zero interest in and subsequently writing about it.

Let’s just say the drama behind the scenes is way more interesting than the actual MV. Within hours after Tao’s MV was released on his official Youtube channel, it was yanked with an explanation that the MV infringed on SM’s copyrights. Seriously? SM is saying Tao is their copyright? The better explanation is the contract dispute over Tao’s departure from EXO, by which Tao laid it all out in the song lyrics which is the biggest FU to SM and his experience in Korea if I ever came across a diss song. Anyone curious can have a listen and watch below, but hurry before this video gets pulled. END_OF_DOCUMENT_TOKEN_TO_BE_REPLACED 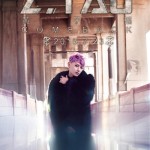 I would feel sorry for EXO fans, except the fans may be feeling so numb from the relentless departure pains that no one can feel a thing anymore. The long drawn out withdrawal of Chinese member Tao (Huang Zi Tao) … END_OF_DOCUMENT_TOKEN_TO_BE_REPLACED 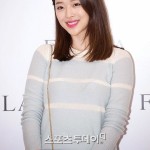 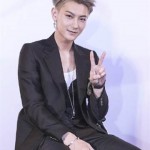 I haven’t been keeping up with general entertainment news as much these past weeks, focusing more on dramas and movies, so it comes as a major surprise to me to read in many mainstream Chinese newspapers that Tao (Huang Zi … END_OF_DOCUMENT_TOKEN_TO_BE_REPLACED 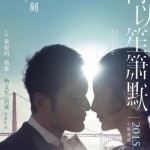 I’m always impressed with how fast China can slap something together when it gets working on it. Case in point the movie version of You Are My Sunshine, which started filming in February and will be hitting the big screens … END_OF_DOCUMENT_TOKEN_TO_BE_REPLACED