Cable network tvN has a new record holder in premiere ratings in the Mon-Tues time slot, a quick one-up from the previous holder just six months ago. Sageuk drama The Crowned Clown (a remake of the movie Masquerade) launched today with 5.7%, breaking the premiere record of 100 Days My Prince with D.O. and Nam Ji Hyun which got 5.028%. Starring Yeo Jin Gu and Lee Se Young, the early reviews are glowing especially for the two character performance by grown up child actor Yeo Jin Gu, fully displaying his child acting talents honed on sageuk after sageuk playing the child counterpart of the male leads. With The Crowned Clown, tvN continues its successful drama dominance in this winter season starting with Encounter (Boyfriend) to Memories of Alhambra and now even winning with an old-fashioned sageuk court thriller. END_OF_DOCUMENT_TOKEN_TO_BE_REPLACED 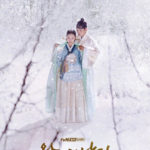 I’m still working through my final take on the K-drama adaptation of movie The Beauty Inside from a few weeks ago and now another movie-to-drama adaptation is headed our way. tvN will premiere The Crowned Clown in the first week … END_OF_DOCUMENT_TOKEN_TO_BE_REPLACED