Woah, this is quite a surprising drama news update. K-actress Song Hye Kyo, confirmed for hit screenwriter Kim Eun Sook‘s upcoming 2021 revenge drama The Glory, had earlier also been linked to romance drama Now, We Are Breaking Up. That drama was even earlier in talks with Su Ae and Yoo Teo but that fell apart, and then Song Hye Kyo’s name was floated as considering the drama. K-ent is reporting that she’s planning to do both dramas because it’s different genres. She wants to do the revenge melodrama with The Glory and is also wanting the romance drama, and plans to do both as the scheduling won’t conflict and she took last year off so feels ready for the more robust filming to come.

END_OF_DOCUMENT_TOKEN_TO_BE_REPLACED 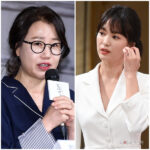 C-dramas have been widely criticized for plagiarism for decades, either outright or remaking other stories without paying a licensing fee. K-drama have had the same criticism though far less frequent and more debatable instances. Mere days after hit screenwriter Kim … END_OF_DOCUMENT_TOKEN_TO_BE_REPLACED 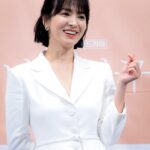 Mmmmmmm okay……this was not what I was expecting but am pleasantly more interested in it now. A few days after news that K-actress Song Hye Kyo was reuniting with hit screenwriter Kim Eun Sook for her next drama there is … END_OF_DOCUMENT_TOKEN_TO_BE_REPLACED