Oh heck, I didn’t even get to write about the press conferences this week and BAM! all four dramas dropped on me this Friday. Goes to show what a busy work week can do for keeping on top of other things. This Friday was one of those rare events now, a multi K-drama premiere that used to happen all the time (remember the epic Cinderella Unni/Personal Taste/Prosecutor Princess same day premiere) and this time it’s a three-way fight with another competitor running his own race. Netflix dropped all 8-episodes of Squid Game and doesn’t subscribe to TV ratings, but it should do well as the action thriller genre is very popular on the streaming platform. On the domestic television side, MBC released action revenge drama The Veil (Black Sun), SBS switched genres from mega makjang Penthouse to the comedic One the Woman, and tvN premiered the cute workplace romance drama Yumi’s Cells. The early lead goes to the darkhouse One the Woman, which also got the highest amount of positive ratings and a first episode ratings 8.2%. The Veil is touted as MBC’s savior and is also off to a promising start with 7.2% ratings and mostly good reviews as well though some feel it’s too much like IRIS. Yumi’s Cells airs on cable tvN but even then it’s 2.1% ratings is on the lower side for the network which has been seeing more and more dramas premiere in the 3-5% range in recent years. I’m off to binge all four and thankfully I have the bandwidth for all since I don’t need to channel surf live.

END_OF_DOCUMENT_TOKEN_TO_BE_REPLACED 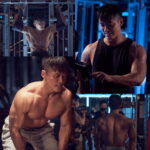 If MBC is banking on Namgoong Min to save the network then it’s as good a bet as any, especially the newly Hulked up version. Viewers have been buzzing over Namgoong Min’s look for the upcoming action revenge drama The … END_OF_DOCUMENT_TOKEN_TO_BE_REPLACED 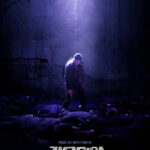 Everyone in K-ent can tell that beleaguered Big Three network MBC is betting all the eggs in the basket on upcoming action revenge thriller K-drama The Veil (Black Sun). That it’s been the bottom of the barrel in basically every … END_OF_DOCUMENT_TOKEN_TO_BE_REPLACED 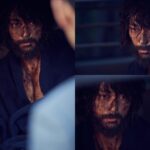 Woah, I cringe when looking at these drama stills but also can’t look away. It’s like disaster torture combined to inflict the most trauma on male lead Namgoong Min‘s character in the upcoming action thriller drama The Veil (Black Sun). … END_OF_DOCUMENT_TOKEN_TO_BE_REPLACED 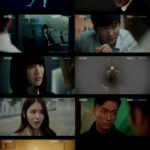 If there is ever a chance of MBC getting its ratings act together then upcoming action thriller The Veil (Black Sun) is its best shot. The drama is a 12-episode tightly paced in length and the male lead is award … END_OF_DOCUMENT_TOKEN_TO_BE_REPLACED

I still get annoyed when drama productions pick a Korean title and then choose an English one that isn’t either a direct translation or at least an approximation in meaning. Upcoming MBC action thriller Black Sun is now called The … END_OF_DOCUMENT_TOKEN_TO_BE_REPLACED