I’m not always right when I post casting rumors and speculations based on industry chatter, sometimes it falls through and other times it was industry just wishful thinking. But putting the caveat in front of all those maybe, could be, might happen drama casting posts allows for early discussion on upcoming dramas and that’s something I find totally fun to just wonder what if. When I am right then it feels like there was a jump start already, or at least I got extra time to get used to the idea.

I wrote a few weeks ago that upcoming SBS Mon-Tues drama Chaebol’s Daughter was getting a name change to True Romance. That didn’t happen right away as the casting news in subsequent weeks continued calling it Chaebol’s Daughter, but with the confirmation news today comes also the verification that the drama will indeed be called True Romance. An even bigger get is writing that newbie movie actress Lim Ji Yeon was being considered for the drama, which is now also confirmed. But in a twist of roles, Lim Ji Yeon will be playing the second female lead and the female lead has landed in the lap of idol-actress UEE. END_OF_DOCUMENT_TOKEN_TO_BE_REPLACED 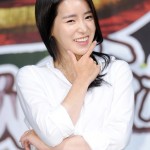 The casting silence from upcoming SBS Mon-Tues drama Chaebol’s Daughter (True Romance) can best be described as a difficult labor. Having casting problems is nothing new in drama land, whether lately or even in the early days, what surprises is purely … END_OF_DOCUMENT_TOKEN_TO_BE_REPLACED 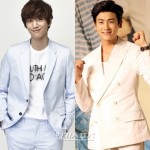 The prospects are starting to look up again for upcoming SBS drama Chaebol’s Daughter (True Romance). After offering the leads to Moon Geun Young and Park Seo Joon but not landing either of them, the production is starting from scratch … END_OF_DOCUMENT_TOKEN_TO_BE_REPLACED 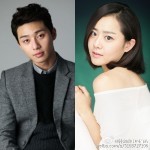 I hope SBS didn’t snigger too much when it saw the casting woes lately over on MBC with both Scholar Who Walks the Night and Feeling Good and Warm and also befalling KBS with Who Are You: School 2015. If … END_OF_DOCUMENT_TOKEN_TO_BE_REPLACED 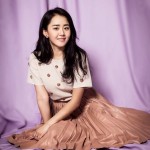 I love Moon Geun Young but never feel terribly sad when she takes long breaks between acting projects, or even when she chooses dud dramas. She’s got a life outside of acting and a smart level head on her shoulders … END_OF_DOCUMENT_TOKEN_TO_BE_REPLACED 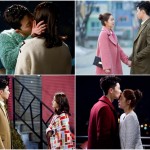 Now this is a potential casting that looks good, smells good, and will likely taste good when the actual drama airs. SBS has lined up the next Mon-Tues drama to follow the currently airing dark comedy Heard it Through the … END_OF_DOCUMENT_TOKEN_TO_BE_REPLACED