I have no problems with more young actor Bae In Hyuk, he’s absolutely stealing my hear in tvN drama My Roommate is a Gumiho despite his limited screen time and also regardless of how much I love the drama OTP. He’s grown in character and demonstrates great onscreen chemistry and a nuanced emotional output. He’s also on the small screen in another drama the KBS college friendship and romance series From a Distance, Green Spring, where he also plays the second male lead. He’s keeping to that casting level as today K-ent news confirmed that he will be joining the upcoming teacher-student romance drama Why Oh Soo Jae which has earlier cast Seo Hyun Jin and Hwang In Yeop. Bae In Hyuk will be playing a college law school student from a rich family who has a secret crush on the female lead. Swap the law school for history department and it’s the same character he’s playing in Gumiho lol. I don’t mind, he needs the continued experience and exposure so hopefully it’s a good role.

END_OF_DOCUMENT_TOKEN_TO_BE_REPLACED 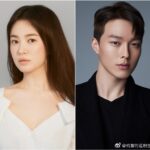 Yup, when you assemble it together like the Avengers its hard not to see the way wind trends are blowing for the second half of 2022. K-ent discussed that six big name female lead K-dramas scheduled for the second half … END_OF_DOCUMENT_TOKEN_TO_BE_REPLACED 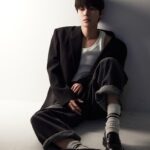 It’s swapping like for like with these two young male actors. Kim Young Dae will not be Seo Hyun Jin‘s leading man in the upcoming drama Why Oh Soo Jae reportedly due to scheduling conflicts. He’s soon to be seen … END_OF_DOCUMENT_TOKEN_TO_BE_REPLACED 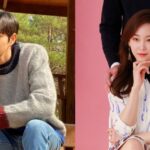 The casting call continues and this time it’s for two already hard at work stars taking on another project non-stop. Rising young actor Kim Young Dae has been offered the male lead in SBS drama Why Oh Soo Jae, which … END_OF_DOCUMENT_TOKEN_TO_BE_REPLACED