Talk about a double whammy in bad things to happen to one drama. Big budget high profile period C-drama Win the World, which was filmed in 2017 and starred Fan Bing Bing and Gao Yun Xiang, is reportedly going to be fully re-filmed for both lead actor scenes in order to be able to air and recoup some sunk costs. In 2017 both Fan Bing Bing and Gao Yun Xiang were flying high, her as the biggest C-actress in the industry and him coming off hit dramas so this drama was highly anticipated to be a hit. Then in early 2018 Gao Yun Xiang was accused of rape by a show staff member in Australia and he was basically cancelled in C-ent. Fan Bing Bing brought in her then fiancee Li Chen to start re-filming Gao Yuan Xiang’s scenes as the new male lead. And then a few months later Fan Bing Bing disappeared with rumors of a tax evasion investigation, and later admitted to all charges, paid the outstanding taxes and interest, and contritely became the face of China’s crackdown. So now the production of Win the World can’t air the drama with both leads disgraced and is reportedly getting Tang Yan to step in as the female lead and finding a new male lead. END_OF_DOCUMENT_TOKEN_TO_BE_REPLACED 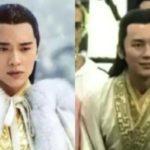 This isn’t a case of the #MeToo movement but is instead an alleged crime that was reportedly in real life, but the entertainment world consequences are right up the same alley. C-actor Gao Yun Xiang, who is married to C-actress … END_OF_DOCUMENT_TOKEN_TO_BE_REPLACED