A sincere congrats to KBS Mon-Tues legal drama Witch’s Court, which wrapped up this Tuesday with the highest ratings yet for the show at 14.3% AGB nationwide. This was one drama that flew under the hype radar prior to its premiere but ended up the final victor in the end when it counts. Once I cleanse myself off the excess legal dramas or dramas with a strong legal/criminal element then Witch’s Court will definitely be one I want to marathon, especially since leads Yoon Hyun Min and Jung Ryeo Won feel fresh for me in that I haven’t watched them onscreen in quite some time. Up next for KBS in this time slot is office drama Jugglers with Baek Jin Hee and Daniel Choi as his first post military role. Right now Jugglers has anemic competition with both SBS and MBC’s new dramas failing on arrival – the Tuesday episodes of Two Cops dropped to 3.3% and 3.6% on the groundswell of poor acting feedback of leading lady Hyeri, while Doubtful Victory also fell but fared a bit better in comparison at 4.5% and 4.9%. END_OF_DOCUMENT_TOKEN_TO_BE_REPLACED 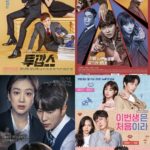 Two new Mon-Tues dramas arrived to newly equal lackluster welcome, even I can’t muster up much energy when I see all three Mon-Tues dramas in a row and it feels so similar in genre. KBS is wrapping up Witch’s Court … END_OF_DOCUMENT_TOKEN_TO_BE_REPLACED 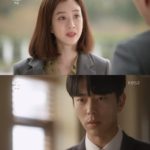 When lady luck adds an extra boost it’s best to run with it, so it’ll be interesting to see if KBS Mon-Tues drama Witch’s Court continues with the unexpected momentum boost from this Tues. The legal drama broke double digits … END_OF_DOCUMENT_TOKEN_TO_BE_REPLACED 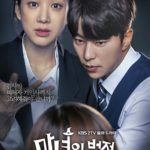 It’s hard to pinpoint the stronger reason for why there has been a Mon-Tues ratings reversal this week but it’s easy to acknowledge that the viewers have spoken. Time slot ratings leader SBS romance drama Temperature of Love ceded the … END_OF_DOCUMENT_TOKEN_TO_BE_REPLACED 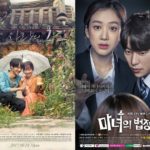 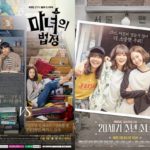 Two new Mon-Tues dramas are here and neither appear to make a strong splash and definitely nowhere near contending with time slot leader Temperature of Love. Witches Court on KBS nearly doubled the ratings at 6.6% over MBC‘s 20th Century … END_OF_DOCUMENT_TOKEN_TO_BE_REPLACED