Methinks someone in the Chinese broadcast authority has too much time on their hands. Hot on the news that court and palace themed C-dramas like the mega hit Story of Yanxi Palace were on the outs for promoting bad values of extravagance and plotting, the Chinese authorities are also cracking down on the use of entertainment kids to make money. Effective immediately, kids of Chinese stars are prohibited to participate in variety shows, which means the current 6th season of Daddy Where are We Going is on indefinite hiatus. Adult stars are also prohibited from marketing their kids for financial gain and kids under 10 are not allowed to be CF spokepersons anymore. On top of that, the appearance of male stars are also being regulated: men on television are not allowed to have earrings or loudly colored hair and will have such looks photoshopped over or their faces masked on live broadcasts. DAAAAANG. END_OF_DOCUMENT_TOKEN_TO_BE_REPLACED 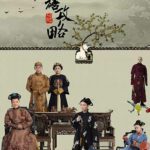 When something is too popular it’s bound to get backlash in still communist ideology controlled Mainland China, bucking up against tighter controls over social and policy restrictions. The biggest C-drama of 2018 was by far Story of Yanxi Palace, followed … END_OF_DOCUMENT_TOKEN_TO_BE_REPLACED 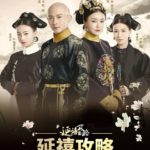 Congrats to the Qing dynasty C-drama Story of Yanxi Palace which is confirmed to be the top Google searched television show around the world. The search engine released country specific search results but also a worldwide top 10 for the … END_OF_DOCUMENT_TOKEN_TO_BE_REPLACED