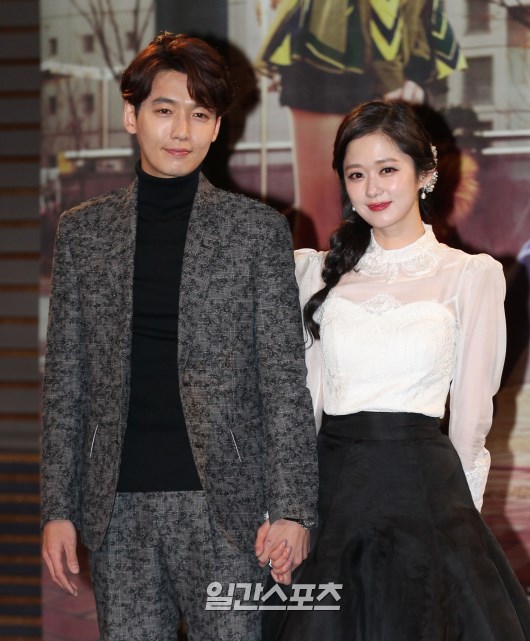 My initial optimism that MBC drama One More Happy Ending would be an attempt at a classic K-drama rom-com continues to be validated, first by adorable drama posters and now with a long preview MV chock full of sparkling fun. The drama actually premieres today on January 20th so it’s a bit late to be posting news about it but there’s still a few hours to go before the show hits and what better way to whittle away some time then with a cute new teaser.

The preview is actually an MV of a song and performance by the idol group within the drama called Angel, which includes all four female leads Jang Nara, Yoo In Na, Yoo Da In, and Seo In Young, with a cameo inclusion of Sandara Park. The ladies are hilariously game performing an syrupy sweet routine, and the good stuff in the MV are tons of scenes from the drama including leading lady Jang Nara’s fun and flirty interactions with male leads Jung Kyung Ho and Kwon Yul. The OTP look especially good together and evidenced the same chemistry at the press conference, even if the whole cast looked like they group raided a second hand clothing store. END_OF_DOCUMENT_TOKEN_TO_BE_REPLACED 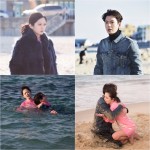 What a visually promising start to the 2016 drama year, what with both of the January dramas I’m looking forward to delivering on the promos, and making it easy to like them both since they air on different time slots. … END_OF_DOCUMENT_TOKEN_TO_BE_REPLACED 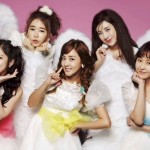 On my garsh does this drama look so silly cute! The first promo teaser picture is out of the four female leads in upcoming MBC drama One More Happy Ending, along with a surprise cameo b y idol-actress Sandara Park. … END_OF_DOCUMENT_TOKEN_TO_BE_REPLACED 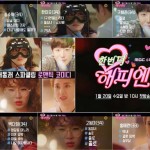 It’s a good week to feel optimistic about upcoming K-dramas when there are interesting new goodies, case in point being the first teaser for upcoming MBC drama One More Happy Ending. I find myself loving the drama title and premise, … END_OF_DOCUMENT_TOKEN_TO_BE_REPLACED The ladies are ready for their grand debuts for upcoming MBC Wed-Thurs drama One More Happy Ending. The central premise of the story is on mature adults finding love again after divorce, with a few finding love even without being … END_OF_DOCUMENT_TOKEN_TO_BE_REPLACED 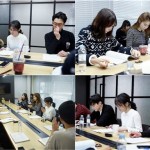 When I’m busy, and lately I’ve been busier then ever, it feels like currently airing dramas are passing me by and new dramas are arriving way before I’m ready. Script reading took place last week for upcoming MBC Wed-Thurs drama … END_OF_DOCUMENT_TOKEN_TO_BE_REPLACED