This totally looks like SBS is trying to do their own version of Sky Castle which is fine but the writing better be airtight. Casting is confirming and production heads underway for the next Mon-Tues drama Penthouse, with a clown car full of names in the cast. Starring Kim So Yeon, Lee Ji Ah, Eugene, Shin Eun Kyung, Eom Ki Joon, Bong Tae Gyu, Yoon Jong Hoon, Park Eun Seok, and Yoon Joo Hee, the drama centers around people living in the highest echelons of South Korean wealthy society and others doing what they can to climb up there and is described as a real estate and education battle between the female leads. The drama is the reunion of the screenwriter and PD of Last Empress so expect major makjang when the drama premieres in October after Do You Like Brahms?

END_OF_DOCUMENT_TOKEN_TO_BE_REPLACED 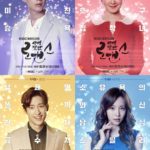 I hope the production of u pcoming MBC Mon-Tues hospital-based drama Risky Romance spent all its money paying the cast salaries because it certainly didn’t spent any on production and graphic design. The drama stills were already rather flat but … END_OF_DOCUMENT_TOKEN_TO_BE_REPLACED 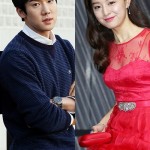 It’s been a busy dating news week in K-ent, none bigger than the break up-not broken up rumors surrounding star couple Lee Min Ho and Suzy a few days ago. A little less high profile are the other two dating … END_OF_DOCUMENT_TOKEN_TO_BE_REPLACED