It seems like the fallout for Joseon Exorcist hasn’t extended to the entire cast as supporting actress Lee Yoo Bi has been casting in an upcoming drama and K-netizens are actually happy about it. She’ll be joining female lead Kim Go Eun in the drama adaptation of Yumi’s Cells based on a popular webtoon. Kim Go Eun plays Yumi and Lee Yoo Bi is her friend and rival Ruby which netizens think she’s really spot on for the character. The male lead for the drama is Ahn Bo Hyun so a big promotion after he’s done multiple well received second male lead roles in the last few years. Reportedly SHINee‘s Minho will also be joining the cast in a supporting male lead role. The drama is scheduled for airing in the second half of 2021.

END_OF_DOCUMENT_TOKEN_TO_BE_REPLACED 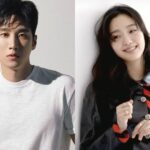 K-actor Ahn Bo Hyun is on the cusp of transitioning from second male lead to male lead and after his last I think he’s ready for it. He was excellent in Kairos, of course overshadowed by Shin Sung Rok‘s powerhouse … END_OF_DOCUMENT_TOKEN_TO_BE_REPLACED 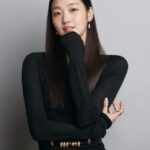 Now this sounds like a project way more suitable for Kim Go Eun than her last role. She’s picked her next acting gig and it will be the K-drama adaptation of widely read webtoon Yumi’s Cells. The story is based … END_OF_DOCUMENT_TOKEN_TO_BE_REPLACED