It takes a village to raise a child so the saying goes, and similarly it takes an fully well-written story to deliver a true drama powerhouse. I’ve enjoyed and even loved dramas on the strength of the OTP alone but that rush of feeling evaporates after the drama is done, like consuming cotton candy. The dramas that stick with me like the sinew to the bone are ones that not only have an amazing OTP but also a gripping cohesive story with a fleshed out supporting cast of interesting characters and stories. Those dramas are few and far between, which makes it all the more special when one shows up. That unicorn has shown up again in the form of 2022 summer C-drama Love Like the Galaxy adapted from a novel. The Chinese title for the drama which is split into two parts is Part 1 星汉灿烂 (Xing Han Can Lan which means The Stars are Brilliant) and Part 2 月升沧海 (Yue Sheng Cang Hai which means The Moon Rises Over the Ocean).

The drama stars close aged leads Wu Lei who is 22 in real life and plays 21 year old ruthlessly efficient on the outside with a marshmallow core just for his bae inside General Ling Bu Yi (also called Ling Zi Sheng) with 23 years old Zhao Lu Si as the 15 year old mentally intelligent but uneducated socially sideways daughter of a lowly general Cheng Shao Shang (also called Niu Niu). I never knew this type of emotionally f*cked up alpha general with equally emotionally f*cked up weird science girl would hit all my I NEED THESE TWO INJECTED INTO MY VEINS level want and then also get an entire complex, nuanced, fascinating world constructed with interesting good and bad guys feels like icing on the cake. The drama has aired up to 42 episodes to date (out of 57 total) so join now and finish out the next three weeks on this amazing ride.

END_OF_DOCUMENT_TOKEN_TO_BE_REPLACED 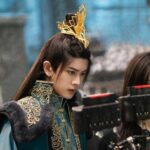 Ooooh this pairing is so up my alley! C-ent casting blogs are saying that Allen Ren and Zhao Lu Si are cast in an upcoming period drama. It’s called Sword Comes (or Sword Arrives) a short two word title but … END_OF_DOCUMENT_TOKEN_TO_BE_REPLACED 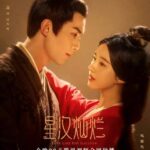 Well, one way to temper small (ish) complaints is to pour so much onscreen chemistry on the viewers that everyone is fanning themselves and no one has time to notice the other stuff anymore. C-drama Love Like the Galaxy is … END_OF_DOCUMENT_TOKEN_TO_BE_REPLACED 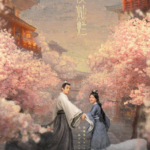 This isn’t a total dumpster fire (yet) but it’s certainly the leading news story in the C-ent rags this week with the premiere of big budget period C-drama Love Like the Galaxy hitting like a sack of bricks. It’s predecessor … END_OF_DOCUMENT_TOKEN_TO_BE_REPLACED

Hit period C-drama A Dream of Splendor ended last week and taking its place was supposed to be another highly anticipated period C-drama Love Like the Galaxy (Xin Han Can Lan). Starring Wu Lei and Zhao Lu Si, the drama … END_OF_DOCUMENT_TOKEN_TO_BE_REPLACED

That addicting but kinda hot mess of a fantasy xianxia C-drama The Blue Whisper with Allen Ren and Dilraba Dilmurat definitely opened the door again for my interest in period C-dramas. Right after The Blue Whisper a big budget highly … END_OF_DOCUMENT_TOKEN_TO_BE_REPLACED