Spring is here and with it the Camellia Blooms, with the same name K-drama locking in its main cast. Headlining is top actress Gong Hyo Jin who will be costarring with Kang Ha Neul in his first project post military discharge next month. Recently the supporting leads were also confirmed as Son Danbi and Kim Ji Suk, so it’s an eclectic cast for sure. The drama is slated for September 2019 so plenty of time to film after Kang Ha Neul’s end of May discharge. The script is by the screenwriter of Fight For My Way partnering with the PD of Are You Human, Too. The drama is described as a comedy romance with elements of suspense and thriller, centered around a bar named Camellia and the proprietress played by Gong Hyo Jin who runs it. END_OF_DOCUMENT_TOKEN_TO_BE_REPLACED 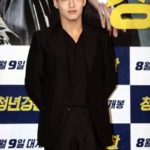 I wrote about the current and coming K-actor military discharges and now there’s another news about a casting already lined up for a talented male lead. Kang Ha Neul has been offered the male lead role in warm and mysterious … END_OF_DOCUMENT_TOKEN_TO_BE_REPLACED