Making this story into a drama sounds way better to give enough time to fully tell the tale. Yoo Ah In‘s upcoming K-movie The Hell is being changed into a 6-episode K-drama airing on Netflix, which is becoming the streaming platform of choice for trendy K-dramas. The cast will also include Park Jung Min, Yang Ik Joon, Kim Hyun Joo, Kim Do Yoon, and Won Jin Ah. The Hell is about human beings one day suddenly experiencing a strange phenomenon whether it isn’t clear whether it’s a miracle or a curse and how they deal with it. The production team is saying that if the first season is well received they plan to have a subsequent second season like what zombie drama Kingdom has done. END_OF_DOCUMENT_TOKEN_TO_BE_REPLACED 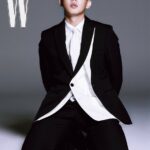 K-actor Yoo An In seems to be content staying in movies and it’s currently a new renaissance in Chungmuro thanks to the global level success of Parasite. Up next for Yoo Ah In is likely to be the supernatural thriller … END_OF_DOCUMENT_TOKEN_TO_BE_REPLACED