The OCN Voice series keeps chugging along and the network has confirmed the leads and broadcast date for the next chapter. Voice 4 will star Song Seung Heon, the third male lead to join the franchise after Jang Hyuk did the first season and Lee Jin Wook the next two seasons, alongside OG female lead Lee Ha Na who I think may follow this series for as long as it keeps going as the Olivia Benson of Voice. OCN is still waiting for a big hit this year and Voice has always been a steady solid winner for the network. The fourth season will air in June 2021 with Song Seung Heon playing a LAPD major crimes detective back in South Korea to work a case in his native homeland.

END_OF_DOCUMENT_TOKEN_TO_BE_REPLACED 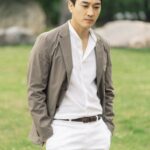 I feel like my hand towel Song Seung Heon is just hopping between the thriller/action genre and the romance genre. Which is fine, he’s just as much eye candy in either hahaha. This year’s Dinner Mate (Shall We Have Dinner … END_OF_DOCUMENT_TOKEN_TO_BE_REPLACED 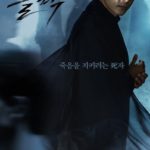 It’s good news for cable network OCN as its latest thriller drama Black is off to a good ratings start in the Sat-Sun time slot. That time slot has now become an OCN genre staple doing tense fare to mostly … END_OF_DOCUMENT_TOKEN_TO_BE_REPLACED