Shin is back! And he’s leveled up to a smexy little low pony to boot lol. Now that he’s grown up since Kingdom the original first move in the adaptation of the same name shonen manga, I guess he’s no longer going to be screaming “HYO!” all day long and now focus his attentions on helping new bestie and young King Eisei rule over this war populated land. This is clearly cribbed from the Chinese Warring States period but I did love the OG Kingdom flick for being such slick earnest fun and utilizing the sprawling cast properly. Kingdom 2 arrived this July 15th in Japan and has been #1 in the box office for two weeks now, and as much as viewers rightly complain that It Boy Yamazaki Kento is cast in everything it makes sense when he can bring in the audience. The main trio is all back for the sequel alongside new villains and allies and from what I can see in the trailer bigger scale in the action set pieces.

END_OF_DOCUMENT_TOKEN_TO_BE_REPLACED 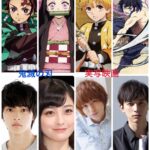 Over Christmas 2020 the anime movie Demon Slayer: Infinity Train (Kimetsu no Yaiba: Mugen Train) surpassed Spirited Away to become the #1 box office hit in Japan. Along the way it passed Your Name and Titanic as well, and honestly … END_OF_DOCUMENT_TOKEN_TO_BE_REPLACED 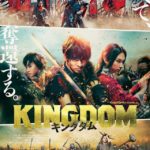 Sorry this post is a few months late but I didn’t have the chance to watch it in the Japan theaters and only caught it last week on a long trans-Pacific flight but holy schmoly was it hella entertaining. I’m … END_OF_DOCUMENT_TOKEN_TO_BE_REPLACED 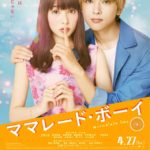 I can’t believe it’s been over thirty years (!!!) since shoujo manga Marmalade Boy came out. It’s actually still readable though the drawing style may seem too quaint for those who prefer the current renderings, this is actually my manga … END_OF_DOCUMENT_TOKEN_TO_BE_REPLACED