Daaaaaang, I know some old school era K-drama viewers are gonna go wild with this particular reunion news. K-ent is reporting that Sung Hoon will be the male lead in the upcoming K-drama remake of Jane the Virgin, which would mean a reunion with already cast female lead Im Soo Hyang. The two hit the big leagues together in the same 2011 breakout drama New Tales of Gisaeng ten years ago, which until now might be considered one of makjang queen Im Sung Han‘s best works at least before her Death Note incarnation a few years later with Princess Aurora. Gisaeng was a long weekend drama that was a moderate ratings hit back then but remembered more for the positive publicity and audience reaction to the chemistry between the two leads and the deliciously makjang but not overly crazy plot. It also made Im Soo Hyang and Sung Hoon stars that they are today so this Jane the Virgin reunion is 100% awesome to see happen and now I’m totes more interested in checking it out.

END_OF_DOCUMENT_TOKEN_TO_BE_REPLACED 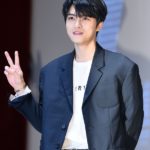 The story of Jane the Virgin got the most publicity after the US show a few years ago but it was first adapted in Venezuela and based on a source novel. It’s always got a latino flavor and cultural background … END_OF_DOCUMENT_TOKEN_TO_BE_REPLACED