Much has been discussed about how K-actor Song Kang has become the It Boy the last two years and especially on Netflix where all his recent dramas have streamed. Agencies and production companies can push him for sure but it sure seems K-netizens are really warming/warmed to him. This week there was a new poll of K-netizens on the topic of “Male and Female Star Most Suitable for Spring”. It’s kinda a cousin to those polls about a star one wants to have coffee with or wants to take him to mom or that kind of random association. Winning the male side poll is Song Kang with 34.2% of the vote, and impressively he beat out three super popular idols. Jimin of BTS was second with 31.1%, then his group mate Jungkook at 14.3% and in fourth spot is Kang Daniel with 14.1%. On the ladies side, IU topped the poll with a whopping 44.5% of the votes, and the only sole actress to make the list was Han So Hee in second place at 19%. Third was Suzy with 17.5% and Jennie of Blackpink rounds out the top 4 with 16.2%.

END_OF_DOCUMENT_TOKEN_TO_BE_REPLACED 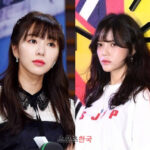 The consequences are swift with this latest scandal in K-ent and hopefully the victim can start recovering and the alleged abuser can learn to be a better person going forward. FNC Entertainment announced today that AOA leader Jimin (Shin Ji … END_OF_DOCUMENT_TOKEN_TO_BE_REPLACED 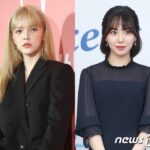 Speaking out is just as hard as the courage it takes to endure and survive bullying so this is really such a difficult story to hear come to light. Popular girl’s group AOA is all over K-news this weekend after … END_OF_DOCUMENT_TOKEN_TO_BE_REPLACED