Last week’s passing of Chinese singer-actor Kimi Qiao (Qiao Ren Liang) at the age of 28 years old from depression-induced suicide has rocked the entertainment industry but no one is more affected than his parents. He was an only child not to mention by all accounts a dutiful, considerate, and loving son, the type to call his mom that he was coming to see her but also telling her not to cook dinner as he was bringing food over.

This week Kimi’s poor dad had to go to the police to file a harassment, blackmail, and cyber crime report against an anonymous netizen who posted a picture taken by the police at the scene of Kimi’s passing, and demanded a payment before he would take down the picture and post. It’s the lowest of the low and made me heave in disgust and pain for his parents. There are also reportedly fake fansites asking for donations as well, so clearly the dredges of society remain ready to pounce. My heart goes out to Kimi’s parents and I hope Kimi’s rest and memory will not be disturbed further. END_OF_DOCUMENT_TOKEN_TO_BE_REPLACED 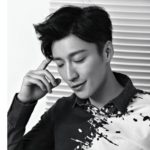 C-ent’s week of sadness came together to say final farewells to actor-singer Kimi Qiao (Qiao Ren Liang) on Wednesday September 21st. Days after Kimi’s shocking suicide over the weekend, his family, friends (inside and outside the entertainment industry), colleagues, and fans … END_OF_DOCUMENT_TOKEN_TO_BE_REPLACED 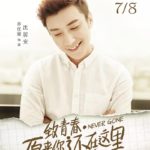 Saying goodbye to a star gone too early feels like public mourning where the good and the bad get tossed around willy nilly. I want to focus on the good and the much too soon passing of Chinese actor-singer Kimi … END_OF_DOCUMENT_TOKEN_TO_BE_REPLACED 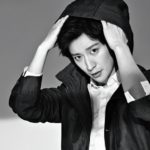 I prefer not to follow up bad news posts, especially not back-to-back, but the pain from hearing that Chinese actor-singer Kimi Qiao (Qiao Ren Liang) passed away yesterday still reverberates and there is too much innuendo out there to let … END_OF_DOCUMENT_TOKEN_TO_BE_REPLACED 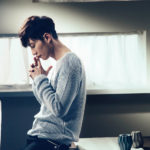 I don’t even know how to write this, such shock beyond shock emanating from all corners of Chinese entertainment spheres right now. First off: good night and good life, sweet boy, I hope you are in a better place. It’s … END_OF_DOCUMENT_TOKEN_TO_BE_REPLACED