Oh wow, this one snuck up on me in terms of a surprise teaser drop but it just made it more exciting to get this unexpected treat. Upcoming Coupang Play legal thriller drama One Ordinary Day (formerly known as That Night) starring Kim Soo Hyun and Cha Seung Won is officially on the promo radar as the first teaser poster above and short teaser preview dropped this week. This teaser packed a punch in two ways, the visually striking mood and how transformative Cha Seung Won looks as the street lawyer hired to defend Kim Soo Hyun who is a college student accused of murdering a young woman. It’s clear this isn’t a feel good “innocent man gets righteously exonerated” clean cut type of K-drama take on the legal system, it’s adapted from the BBC drama Criminal Justice so expect a lot of grey areas and uncomfortable takes. Directing is the PD of The Fiery Priest and Backstreet Rookie with the writer of The Royal Gambler, Goddess of Fire, and Warrior Baek Dong Soo.

END_OF_DOCUMENT_TOKEN_TO_BE_REPLACED 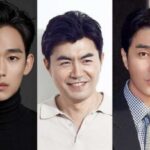 There has been a change in the title of upcoming mystery thriller drama from That Night to One Ordinary Day. Not sure why the change but it does from dark and foreboding to merely intriguing. The drama stars Kim Soo … END_OF_DOCUMENT_TOKEN_TO_BE_REPLACED 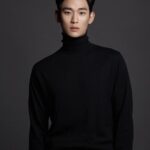 So one hand declines one other and the other hand signs on to another, thanks for not letting me wait for news Kim Soo Hyun-sshi! The top actor recently passed on Netflix drama Finger but is sticking with the thriller … END_OF_DOCUMENT_TOKEN_TO_BE_REPLACED