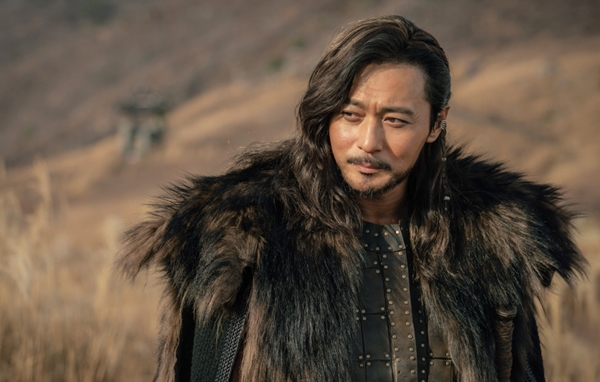 The upcoming saguel drama Asadal Chronicles may not foster second male lead syndrome as much as antagonist shipping syndrome. The first pictures are out of Jang Dong Gun playing the head honcho baddie going up against Song Joong Ki‘s destined warrior king and my my my did my heart skip a beat when I saw his full bearded and flowing locks glory. Jang Dong Gun never did a sageuk in his prime years and perhaps he was saving the best for last, doing one in his now forties when he’s accumulated years of experience and charisma just bursting forth from his very being. He may be styled like barbarian style but he’s all smarts and cunning, you can tell. Looks like it’ll be an even battle of wits and strength between the two leads and hopefully the ladies in the drama are just as intense and charismatic.