The bar has been set for the best K-drama of 2019 and it’s jTBC Mon-Tues offering The Light in Your Eyes (Dazzling). Everyone else, to the left, to the left please. Starting with 3.185% ratings, the drama has gone up up and up in viewers to end with this Tuesday’s final episode 12 ratings of 9.731%. It’s officially jTBC’s third highest rated drama of all time after Sky Castle and Women of Dignity. Yet another female-focused drama to win the hearts, so proud and impressed with jTBC creating and backing such substantive and worthwhile shows. Light was a complete drama with every character eliciting emotions from me, with the performances equally as on point. Female leads Kim Hye Ja and Han Ji Min playing the younger/older versions of the same character were revelations, the best I’m seen from Han Ji Min and perhaps one of Kim Hye Ja’s top three roles in terms of required range. The cast attended the drama wrap party on Tuesday in pouring rain and will also get a cast reward trip next month, well deserved and a great big thank you for creating this meaningful drama to remind us of why life is precious. END_OF_DOCUMENT_TOKEN_TO_BE_REPLACED 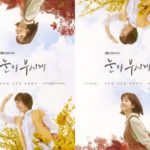 Upcoming jTBC drama The Light in Your Eyes (formerly called Dazzling) is rightly focusing all its promos on its two female leads. Han Ji Min and veteran Kim Hye Ja play the same character but forty years apart, with a … END_OF_DOCUMENT_TOKEN_TO_BE_REPLACED 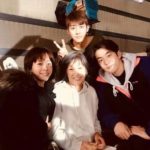 The four leads of upcoming jTBC early 2019 K-drama Dazzling (Brilliant) gathered together as filming has started and I’m cautiously optimistic. The younger man-older woman pairing in currently airing tvN drama Encounter (Boyfriend) is working so beautifully that I hope … END_OF_DOCUMENT_TOKEN_TO_BE_REPLACED 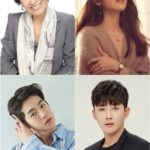