With fashion pictorials I normally just enjoy the pictures as the “interviews” always feel so scripted and sanitized. Vogue Taiwan just dropped a massive pictorial and cover spread with TW-actress Barbie Hsu and her new Korean musician husband DJ Koo (Koo Jun Yup) that is way better if you look at the pictures and read the entire interview because together it’s telling such an incredible story that is better than a drama script. This couple’s story is already incredible (dating 20 years ago when young and red hot careers which led to a split that devastated both, reunited 20 years later after she got divorced and he called her on the off chance) but hearing it from the two of them really touched my heart. They both sound so sincere, honest, and raw, and have complementary personalities of “daring to love” rather than being overly cautious. The interviewer’s asides that the two looked so at ease and happy during the shoot and answered all the questions so effortlessly made it clear they were the real deal and wanting to not let this second chance go. Their reconnection was explained as like no time had passed and the marriage after months of just talking on the phone did not give either any hesitation, he remained single and often talked about her as the one who got away and she tried to move on but he was always the one she loved the most. Netizens are also super supportive and complimentary of this spread, saying they look soooooo cool together and especially how Barbie seems to be back to her old self rather than looking so wan and dimmed the way she did in the later years of her past marriage.

END_OF_DOCUMENT_TOKEN_TO_BE_REPLACED 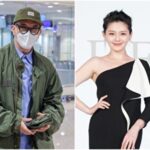 The most “ripped from a drama script” celeb relationship news of 2022 so far has taken another formal step forward. TW-actress Barbie Hsu (Da S) and South Korean musician DJ Koo (Koo Jun Yup) registered their marriage in Taiwan this … END_OF_DOCUMENT_TOKEN_TO_BE_REPLACED 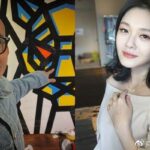 Okay, these two either went “Hold My Beer” around the other star relationship news recently or they are legit starring in their own K-drama. I hope its the latter but also realize it doesn’t matter, folks who are rich and … END_OF_DOCUMENT_TOKEN_TO_BE_REPLACED