J-actress Aragaki Yui has a nickname as “The Nation’s Wife” in that all men dream of her being his wifey. So J-actor Hoshino Gen is already public enemy number 1 now that he’s married Gakki but it may get even worse and even her female fans are going to fault him for what may come. J-ent is reporting that Aragaki Yui is retiring. Like, come again?!?!? Now that she’s married, Gakki is reportedly set to retire after one final project, costarring with Oguri Shun in next year 2022’s Taiga dorama Kamakura-dono no 13-nin. Retirement after marriage for actresses remains way more common in J-ent than in other East Asian industries such as Taiwan, South Korea, Mainland China, and Hong Kong, it’s what I call the Yamaguchi Momoe effect (retiring at the height of her fame at the young age of 21 years old) to get married. If Gakki retires this will be my second biggest shocking retirement and sadness after Horikita Maki retired in Feb 2017 after getting married. Maki is now the mother of two so very happy for her but goodness as fans it’s such a void of not seeing their talent onscreen. Other actresses who got married but still act include Kitagawa Keiko, Yamada Yu, and Ishihara Satomi, The 2000 gen J-actresses still single have now dwindled to basically Ayase Haruka and Nagasawa Masami heh. Whatever Gakki chooses I hope she’s happy with that decision.

END_OF_DOCUMENT_TOKEN_TO_BE_REPLACED 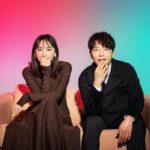 JAW. DROP. Ok, I’m not sure what will top this for shocking dating/marriage reveal of 2021 but the bar has been set. The entirety of Wednesday in Japanese entertainment news was dominated by the announcement of marriage by 40 year … END_OF_DOCUMENT_TOKEN_TO_BE_REPLACED 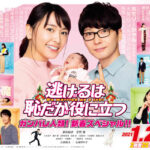 Oh my god, hold my champagne. and you betcha I’m multi bottling for New Year’s 2021 much like using alcohol to ward off the evil spirits because hell nah is next year going to be suckier than this dumpster fire … END_OF_DOCUMENT_TOKEN_TO_BE_REPLACED 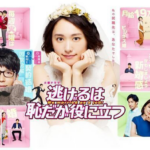 Woo hoo, such a relief to post happy and exciting news for once lately. J-ent has confirmed that the most adorable fake marriage J-dorama of all time is getting a follow up! Aragaki Yui and Hoshino Gen will be reunited … END_OF_DOCUMENT_TOKEN_TO_BE_REPLACED 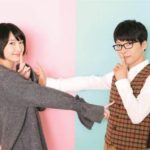 This is cute news that’s harmless yet potentially filled enough to get shippers excited. J-ent is reporting that Hoshino Gen has moved right down the street from his most famous leading lady costar Aragaki Yui. The two starred in the … END_OF_DOCUMENT_TOKEN_TO_BE_REPLACED 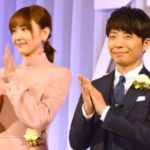 One of the cutest J-dorama rom-coms in recent years just got the highly shipped leads back together for a laudatory reason. Late 2016 hit J-dorama Nigeru wa Haji da ga Yaku ni Tatsu (We Married as a Job) just took … END_OF_DOCUMENT_TOKEN_TO_BE_REPLACED 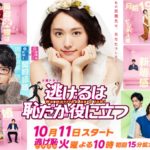 This is one hit where I get why the underlying work is popular but not sure why the ancillary element is making waves. J-dorama Nigeru wa Haji da ga Yaku ni Tatsu (We Married as a Job), adapted from the same … END_OF_DOCUMENT_TOKEN_TO_BE_REPLACED