There is finally a noticeable ratings winner in the Mon-Tues prime time slot and congrats to KBS office drama Jugglers for breaking out of the pack. For a few airings now the three Mon-Tues dramas have all been neck and neck but this Tues Jugglers came in first with 9.1% AGB nationwide, a rise of 2.7% so clearly this drama narrative took a turn for the exciting to bring in new viewers. Coming in second is SBS police drama Doubtful Victory with 6.7% and 7.6% which is what the drama has been averaging so it stayed steady, but Two Cops dropped 2.3% to end in third place with 5.1% and 6.1%. For me Two Cops is all on Jo Jung Seok‘s acting prowess and star power but that’s not enough and Jugglers bored me in episode 1 but if it’s bringing in more viewers maybe it got better so kudos to the drama for being like bread, rising slowly. END_OF_DOCUMENT_TOKEN_TO_BE_REPLACED 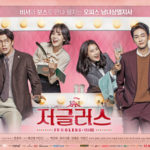 I haven’t seen such a dud filled Mon-Tues prime time K-drama trifecta in quite some time, which is perhaps a good thing as the year end busy season with work, family, and travel plans makes for less time to watch. … END_OF_DOCUMENT_TOKEN_TO_BE_REPLACED 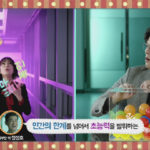 I didn’t think Jugglers could be a euphemism for someone who is good at handling multiple tasks, or maybe it’s that the K-drama is using the phrase incorrectly by making it a plural noun. But then I read the synopsis … END_OF_DOCUMENT_TOKEN_TO_BE_REPLACED 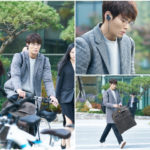 The first batch of lead stills are out for upcoming KBS drama Jugglers, probably one of the lower profile prime time dramas but with the network currently leading the Mon-Tues time slot with the surprise success of Witch’s Court then … END_OF_DOCUMENT_TOKEN_TO_BE_REPLACED