High school dramas and especially ones adapted from manhwa/webtoon is usually a niche fan base so ratings are never expected to be winners. But sometimes it gets super low ratings and that’s a bummer. tvN Wed-Thurs drama True Beauty based on the webtoon Goddess Has Descended finished up its run this week as a solid success story. From the premiere ratings of 3.573% to the final episode ratings of 4.458%, there has also been general consensus that early concerns that it would be a hot mess never happened, it was quite entertaining and fans loved it more and more during its run, and the limitations in acting from some cast members didn’t ruin the overall well made drama. I confess that it was one of the dramas I did plan to check out but then just lost interest after it premiered (not on the fault of the drama, just my own interest) and then got distracted during the holidays. I heard the most compliments for second male lead Hwang In Yeob, male lead Cha Eun Woo had a mixed bad some thought he improved and some thought he was as wooden (but handsome) as ever, and Moon Ga Young really shined in her role and gave it 100%. I would love to hear viewers who watched the entire drama share unfettered and genuine thoughts here, to decided if its worth me marathoning later down the road.

END_OF_DOCUMENT_TOKEN_TO_BE_REPLACED 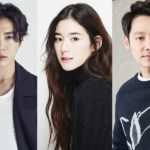 The drama with one of the worst sounding titles is off to start with one of the best casts around, insofar as it makes for somewhat of a Coffee Prince reunion. OCN religious and supernatural themed police thriller Hand: The … END_OF_DOCUMENT_TOKEN_TO_BE_REPLACED 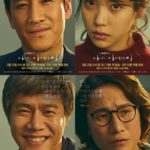 This drama just caught up to me and without realizing it tvN drama My Ahjusshi premiered this Wednesday on March 21st taking over the time slot from Mother. The drama comes with a critically acclaimed production team of the writer … END_OF_DOCUMENT_TOKEN_TO_BE_REPLACED