We’re T-minus two days away from the ending weekend for tvN Sat-Sun drama Alchemy of Souls, and oh what has changed in the month since I was swanning high with excitement for this drama. But one thing that hasn’t changed is so much I continue to love Shin Seung Ho and his character of the Crown Prince. His useless simpering dad the emperor and his stepmother the current queen who has been soul swapped makes him the lone stalwart of sanity in the royal family and the only one who can pick up the pieces after the coming showdown. That he continues to make such a strong impression in his few scenes per episode speaks volumes for having that steady commanding presence onscreen and the luck that his character hasn’t been written to have a lobotomy unlike some of the other characters. He’s definitely a to-watch-for in the future and however Alchemy ends it I will definitely remember the positive that it introduced me to him.

END_OF_DOCUMENT_TOKEN_TO_BE_REPLACED 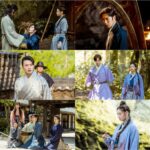 Hhhhmmmm, I wonder if reshoots are going on and changes are being made to the final arc of Alchemy of Souls. If I take tvN at its word then this is nothing more than just good production values at play … END_OF_DOCUMENT_TOKEN_TO_BE_REPLACED 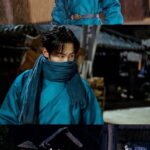 The Crown Prince is majorly growing on me and so is actor Shin Seung Ho. He’s got this unconventionally large square face so I don’t find him handsome but his acting is super charming and his voice is insanely sexy … END_OF_DOCUMENT_TOKEN_TO_BE_REPLACED 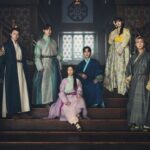 Last weekend’s start to tvN new Sat-Sun drama Alchemy of Souls was probably as good as it gets. The drama is headlined by a younger cast with two idol-actors in the mix and looked like a hodge podge of elements … END_OF_DOCUMENT_TOKEN_TO_BE_REPLACED