Count down has begun for the star-studded cast of the Korean adaptation of Bu Bu Jing Xin, starting with actual drama promos and ancillary photo shoots. Lee Jun Ki was with the full cast in the recent Cosmopolitan Korea pictorial but in the latest issue of The Star he gets his own solo spotlight. He lost a bit of weight to play the role of 4th Prince which further emphasizes his angular features, and in the previews for Moon Lovers: Scarlet Heart: Ryeo his all black long hair half masked styling is truly striking. It’s also a contrast to his colorful summer modern look in The Star. An interesting tidbit in this spread is Lee Jun Ki sharing with the interviewer that he’s quite impressed with his BBJX leading lady IU who he found to have quite a intuitive grasp of picking dramas and understanding her character. 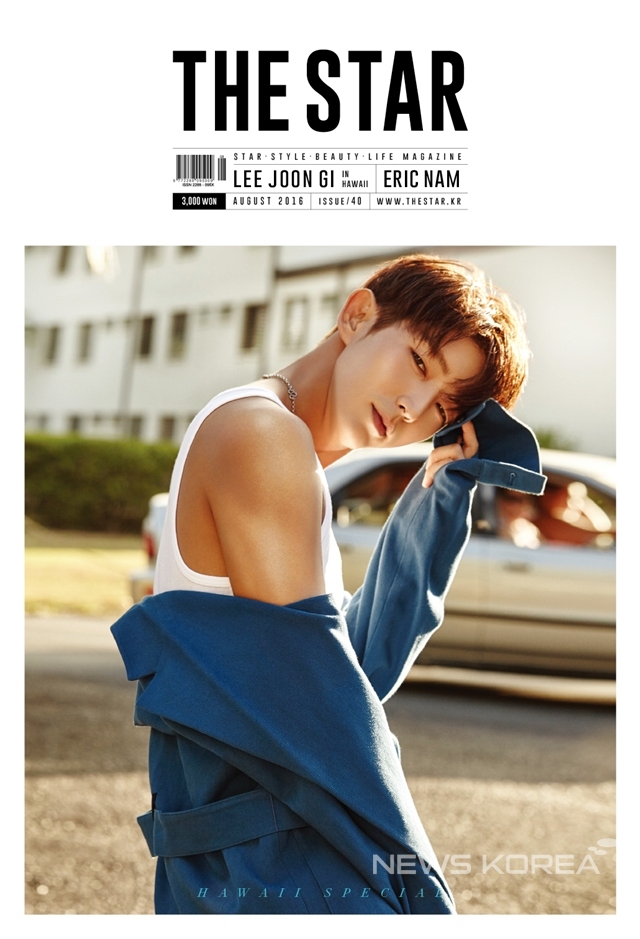