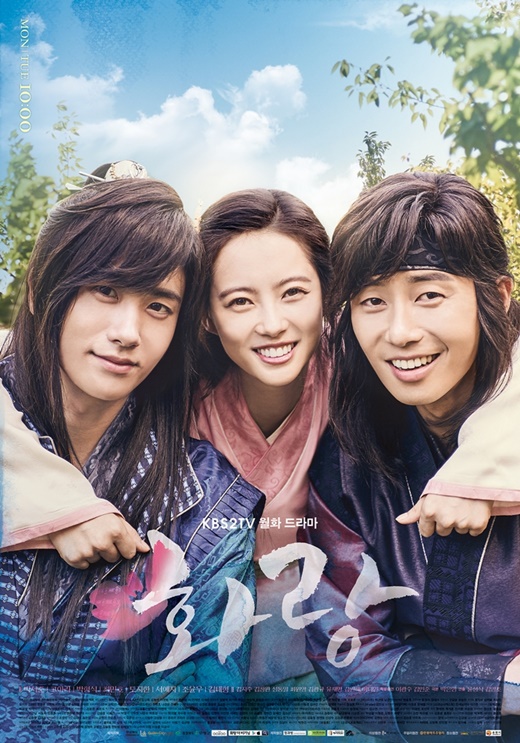 The bar is set high for upcoming KBS Mon-Tues drama Hwarang, not necessarily because the drama is touting itself high but due to the recent slew of successful hits. There’s sageuk predecessor Moonlight Drawn by Clouds, medical dramas Doctors and Romantic Teacher, Doctor Kim, and fantasy dramas Legend of the Blue Sea and Goblin. The drama is fully pre-produced and will simulcast in China, a good investment recouping strategy but it will be going up against the tail end of the over 20% ratings hits Romantic Teacher so that’s tough competition. The drama released a new official poster today, featuring leads Park Seo Joon, Go Ara, and Park Hyung Sik in a lovey dovey trio pose, and along with that a new preview that’s less snark inducing and more decently sageuk style.